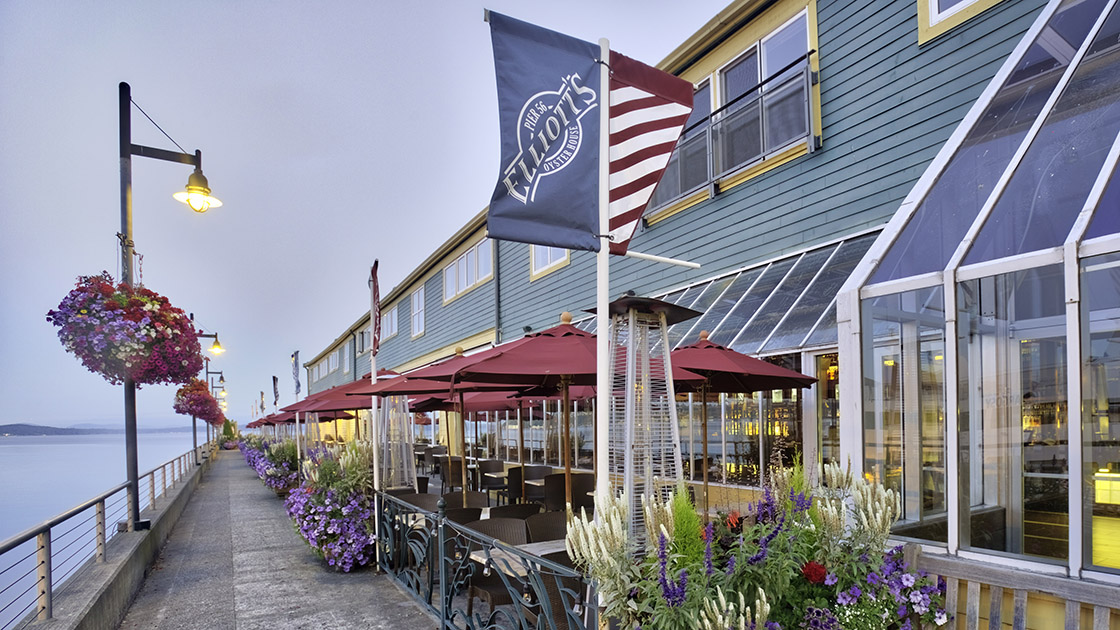 Pier 56 started out as Arlington Dock in the late 1800s. Built and owned by a retired ship captain, the dock was destroyed in the Great Seattle Fire of 1889. Then in 1902, the Northern Pacific Railroad came along and constructed three new piers—which included Pier 5 (now 56)—to capitalize on the gold rush. The U.S. government renumbered all the piers at the start of World War II.

Pier 56 made headlines in 1965 when Ted Griffin, owner of the Seattle Marine Aquarium, bought and displayed Namu—a 22-foot orca whale. (Today, orcas are protected from capture in the U.S.)

A member of the E3 Co Restaurant Group family.